The difference between white and red vermouth is that of the use of caramel to make it take on its characteristic color. Of course, aromatic herbs and spices can also be different, always considering that the wormwood (Artemisia absinthium L.) must be present.

Some sources trace the birth of Vermouth or Vermouth to the Roman era, who had created a very similar product from the name Absinthiatum (or Absinthianum). Its fame, however, is due to Antonio Benedetto Carpano, who in the back of his workshop in Turin in 1786, invented the current formula.

The law regulates some aspects both on the alcohol content, on the sugar content, on the base wine to be used and on the type of alcohol to be added. The same involves the use of at least one aromatic plant: the wormwood (Artemisia absinthium L.) a plant of the Asteraceae family. Each company can add different aromatic plants in infusion, so as to have specific peculiarities and unique sensations.

The nose shows rich and very well delineated aromas of gentian, vanilla, absinthe, nutmeg, orange zest and aromatic herbs. Even the red Vermouth stands out for the elegance of the sensations it evokes.

On the palate it is soft and persuasive, full and voluminous. It satisfies and gratifies placing itself without hesitation among the most refined versions ever tried.

It contributes to raising the overall value if mixed with others, to create famous cocktails such as Negroni, Americano or Sbagliato. Although, for its class, it can be tasted in solitude simply with the addition of ice. 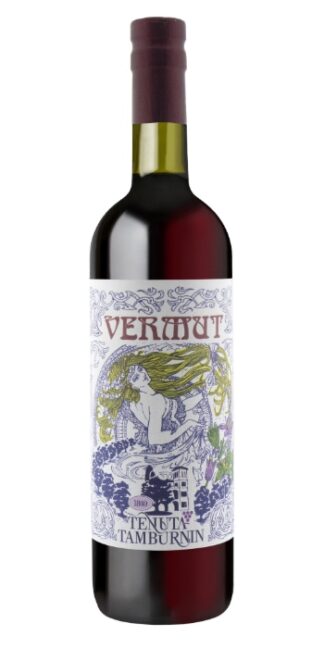