Soil is rich in mineral salts and a wise cultivation increases its extractability.

The farming system is the pergola, and the yield per hectare is 80 Quintals

Harvest is carried out completely by hand.

Alcoholic fermentation lasts 15 days. At the beginning of the following year, after having carried out the fermentation of the Amarone, the skins are removed and left in maceration with the Valpolicella, for a period of 10 days. Subsequently it is drained and then aged for 12 months in barrels of 50 hectoliters and 6 months in barrels of 7 hectoliters. After bottling it remains in the cellar for another 6 months.

The nose has aromas of ripe fruit from the stem. Rolling the glass the blackberry and the cherry jam arrive. Some notes of licorice sticks, tree bark and humus. The perfumes in its entirety are really fascinating. Well designed and extremely elegant.

The palate is rich and intriguing, with good hardness, in particular the minerality, to compensate for the tendency of the substance to cross the borders. In fact, the creaminess of glycerines is remarkable. Overall it is a very interesting wine, with complexity and at the same time drinkability. The aromas are of ripe fruit, and of cigar tobacco.

Faithful expression of the territory, the Valpolicella Classico Superiore Ripasso 2014 Secondo Marco, is certainly one of the best Valpolicella Ripasso in absolute.

Secondo Marco, it is the company of Marco Speri, son of Benedetto Speri, a surname that represents the history of Valpolicella. Marco wanted to create something, which although part of what was, was also something that will be. Its imprint, not above, but next to those of the fathers and grandparents. His interpretation of Valpolicella.

History is a teacher of life. 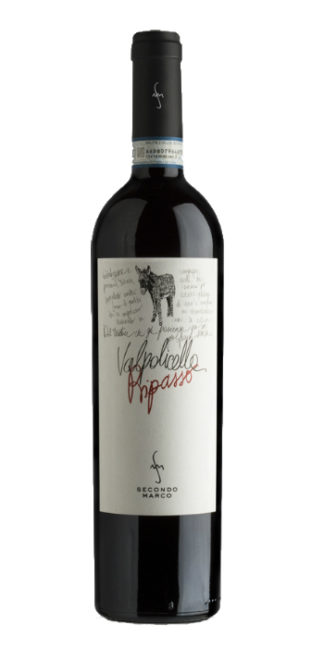