This premier cru has historically belonged to the royal crown, which explains its name. Les Lys, the lilies, which from the Middle Ages, in France were represented on the coats of arms of the ruling families, becoming in fact the symbols of royalty. The vineyard is between Chablis and Milly, next to the Vaillons vineyard. Planted by Bernard in the 60s, this parcel was originally assembled in the Vaillons wine.

Recently the Defaix decided to vinify it separately.

The great majority of Cuvée is vinified and refined in stainless steel containers on yeast residues. Remaining percentage, between 5 and 10%, depending on the vintage, ferments and ages in oak barrels. The union of the parts takes place after several months.

The 2017 vintage has been decidedly different from 2016. Spring has had many frosts in several vineyards, so strong that it is delaying the vegetative cycle by more than a month. In the vineyards where the climate was milder, the vegetative cycle continued normally, with the usual times and rhythms. All this has forced the Defaix to a great job in the vineyard. The summer was hot, and at the end of August the increase in temperature led to a perfect ripening of the bunches. In some vineyards the heat peaks have created some problems of toasting the berries, with consequent reduction of the juice. The harvest began on September 11th. The great heat of August naturally concentrated the water content in the berries, so as to have a wine of great quality, rich in glycerine. 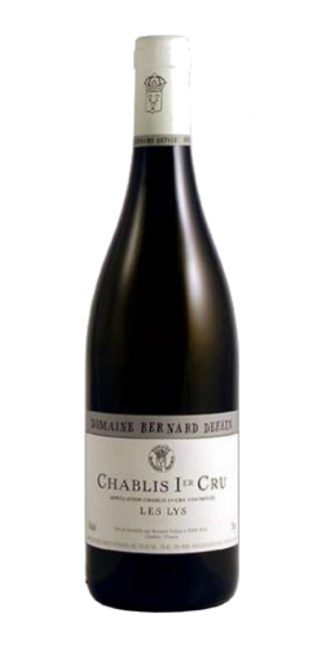