Grapes come from a single vineyard located on the Calvario hill in Grumello del Monte in the province of Bergamo.

The project of the rediscovery of the Merera vine has a history that began in the last century, when Carlo Zadra, the company’s historical oenologist, began to look for every vine grower with plants of vines that were different from the others. Almost every winemaker has in the field some strain with unknown origins, which has always been there, perhaps planted by his grandfather and earlier and in the mass was vinified with others. Within a few years, Carlo collects several specimens, which he cultivates separately from Merlot and Canernet Sauvignon. With the passing of the baton to his son Paolo in the qualification of company winemaker, several projects are started. The two most important in the agronomic field are the cultivation of the PIWI vines, ie naturally resistant to fungal diseases, and the selection among the ancient vines recovered by the Father of some varieties with an interesting qualitative profile.

The first harvest in which it could have been produced was supposed to be 2014, but Nature decided otherwise, and Paolo Zadra, as an attentive and intelligent professional as he is, decided not to impose himself, but to respect his whims. La Merera produces few bunches, small in size, with good tannins, but with difficulty developing alcohol. It is easy to understand, because it was slowly abandoned. In cold vintages where rain in the sun prevails, as it was in 2014, very simply it does not manage to reach maturity, so we pass the following year. The 2015 on the contrary was very hot vintage, so the Merera, having the optimal conditions for maturation in the field has found again the way of the bottle.

The nose has a bouquet that immediately marks the difference with the Bordeaux cuts of Valcalepio. Here we hear small berries, in particular the currant, with aromas of wood, shrubs and meditrranial scrub. Juniper berries and even some spices. Green pepper and black pepper increase complexity. The profile as a whole is very interesting, and not just because it is different from others, but because of quality and finesse.

On the palate it has form and substance. Excellent all the hardness, with vivid tannins and acidity. On the side of softness we observe a good creaminess made by glycerine. Given the structure it is easy to predict a depth over time, in continuous and progressive improvement. 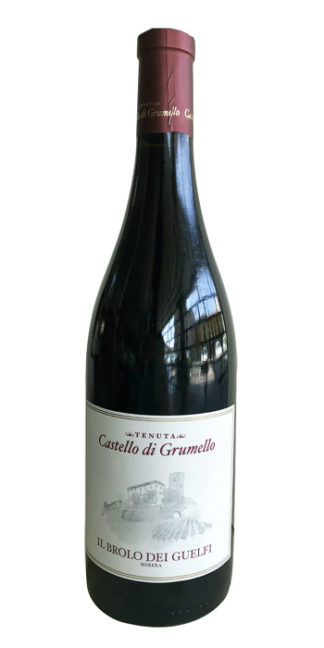