The nose is intense and of considerable finesse. Different and well declined, you can perceive aromas of wood grutti and red plum, Mediterranean scrub and undergrowth. Intriguing and original, they follow one another with spicy spices and those of tobacco. Also in this year the prospectus is of happy interest.

On the palate it is structured and at the same time also creamy. So in harmony and balance and despite the young age. Tannic texture of vigor and charm support a sip that stretches between aromas of myrtle, spices and fresh fruit. Hints of aromatic herbs close with elegance.

Observing the sum of the aspects, the Carignano Roussu, however young it is, fresh, deep and convincing, and with the ability to evolve over time. Excellent interpretation of Sardinian red wine.

Roussou in Genoese means Rosso, to resume and re-propose the Genoese tradition, a population that since the eighteenth century colonized the entire island by emigrating from Tabarka, an island in front of Bizerte on the Tunisian coast, subject to centuries previously.

The grapes are grown on the island of San Pietro in Carloforte. The body of the vineyards is divided on two large plots, located in the center of the island. Together, Vigna Alta and Vigna Bassa cover an area of ​​almost ten hectares. The peculiarity that distinguishes the plants and makes them unique is that they are on the loose. After the advent of Phylloxera almost all the European wine heritage is grafted onto an American vine. Only in certain climatic or soil conditions can aphid not thrive. One of them is sandy soil.

Inevitably the American foot, if it is true that it defends, it is also true that it acts as a filter, between the soil and the graft, impoverishing the expression capacity of the vine.

Being the island of volcanic origin, the soil brings with it the great variety of minerals that magma brings with it when it comes out of the crater, it is also composed of clay, but a large majority of sand.

Another feature of the place is the almost constant wind, a fundamental factor to naturally inhibit the proliferation of downy mildew.

The harvest is done manually, and fermentation is carried out in stainless steel containers at controlled temperatures. Refine in the same containers for a minimum period of 6 months.

U-Tabarca is the name given to the wines by the Tanca Gioia company, to pay homage and tribute to the centennial history of the island. 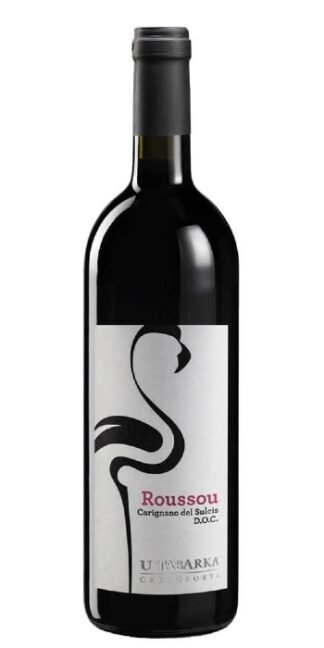